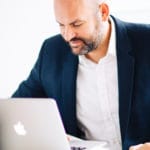 Google Penguin is a code name for a Google algorithm update that was first announced on April 24, 2012. The update is aimed at decreasing search engine rankings of websites that violate Google’s Webmaster Guidelines. So how does this effect your SEO?

By Google’s estimates, Penguin affects approximately 3.1% of search queries in English, about 3% of queries in languages like German, Chinese, and Arabic, and an even bigger percentage of them in ‘highly-spammed’ languages. On May 25th, 2012, Google unveiled the latest Penguin update, called Penguin 1.1. This Penguin update, according to Matt Cutts, is supposed to impact less than one-tenth of a percent of English searches.

The differences between Penguin and previous updates

Before Penguin, Google released a series of algorithm updates called Panda that first appeared in February 2011. Panda aimed at downranking websites that provided poor user experience. To identify such websites, a machine-learning algorithm by Navneet Panda was used, hence the name. The algorithm follows the logic by which Google’s human quality raters determine a website’s quality. In January 2012, so-called page layout algorithm update was released, which targeted websites with little content above the fold. The strategic goal that Panda, Penguin and page layout update share is to display higher quality websites at the top of Google’s search results. However, sites that got downranked as the result of these updates have different sets of characteristics.The main target of Google Penguin update is to check webspam.

Google changes its algorithm about 500 times a year. Most changes are minor, but every couple of months, a major update happens that gets people talking because of the impact it has on SEO and ranking results. The two most recent algorithm changes are:

Panda: Officially rolled out in February 2011, but there have been about 13 data refreshes of it since then. Now on Panda 3.7, it cracked down on sites with thin, stolen or duplicate content, as well as sites with a high ad-to-content ratio.

Penguin: Released April 2012, this algorithm put tighter guidelines on website optimization (SEO) and adjusted a number of web spam factors, including keyword stuffing, cloaking, unnatural links and content spinning. Contrary to popular belief, Google’s goal isn’t to run wild with algorithm updates and penalize every site until there are only 10 decent sites left. Google just wants to make the web a better place, and it does that by rewarding people who do things right. It’s been saying this all along, but people only seem to take notice when their analytics or SEO look poor.

While Penguin was technically an algorithm update, it wasn’t really a change in how Google factors ranking; it was just the official word that Google is taking action against people trying to game the search system. Simply put, Penguin targeted web spam. So, if you were playing by the rules, you shouldn’t have been affected.

Keep your SEO keywords in check

For a while, everyone was hailing Penguin as putting a stop to over-optimization, which while true, caused a lot of people to adjust their website so heavily that it wasn’t even optimized at all. That boiled down to keywords.

With Penguin in place, you still need to have your SEO keywords in your content. That’s how search engines know what your site is about. But you shouldn’t have your keywords as every other word, bolded in your text. That’s spam. Here’s how to keep your keywords in check:

The day it came out that having your SEO keywords as the text in your links back to your website was both the worst and best day for online SEO marketers. Yes, it’s critical and it still plays a very important role to having high search rankings for your terms, but it’s also one of the easiest things to manipulate. You want SEO keywords in your anchor text, but more than that, you want a natural link profile. Here’s how you get it:

Good content will never hurt you. Ever. If you have been on the receiving end of an algorithm update gone wrong, one of the best ways to get back in Google’s good graces and your SEO on the up again is to feed it good, relevant content. How?

Content-building will always be the most time-consuming thing for businesses, but it’s also the most rewarding, so invest in it.

Listen to your Google Webmaster Tools

Google is doing us all a great service with Webmaster Tools. It’s our direct connection to the search engine giant itself, and it can give us a wealth of information about how Google is reading our website. In some cases, they’ll even tell you when they’ve run into spam on your website.

Outside of spam, the tools also will tell you all of the technical errors that are happening on your website, like 404 errors, server errors, blocked content and more. While Penguin doesn’t address these technically problems specifically, you want to make it as easy as possible for search engines to crawl your site, so clean up any of the dead ends.

At all costs, avoid these things:

Remember: Penguin is Google’s way of cleaning up web spam and rewarding sites that play by the rules. There has never been a stronger case to do things right than there is now. While keywords, links and content will have the biggest weight when it comes to cleaning up your site and SEO, you should by all means avoid these tactics if you want to bypass Penguin:

How did Google Penguin affect your business or SEO? Tell us in the comments.