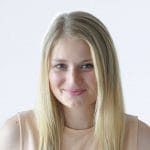 Pinterest is the go-to social media platform to ‘pin’ images and get inspiration for anything from recipes to lifestyle. With over 100 million global users, their keyword searches and links to further related websites and articles makes it easy for their audience to learn more about products or information they have found. With this, they saw an opportunity to add a new feature – promoted video ads.

Promoted ads and videos are a viable marketing option for businesses when utilised on the right site and Pinterest believe that they are the perfect platform. Mike Bidgoli, Pinterest’s product manager for monetisation explained in an interview that “there are a lot of places where users can watch video but can’t take the next step to learn more about a product or buy it — on Pinterest, people are here to do that.”

This new feature was introduced to help businesses in the UK and US engage even more with their audience and will also help boost their e-commerce offerings. The promoted video ads will appear as previews on users’ Pinterest home feeds and play only as fast as the user scrolls, with no sound until the user clicks on it.

Trials began for the new video advertising tool in March 2016, with such companies as bareMinerals and Old El Paso getting involved. During the trial period, Old El Paso saw significant brand lift metrics and high completion rates. BareMinerals are now continuing their video ads as one of the launch companies for promoted videos – using their space to share popular makeup demos, with links to the products to take away the effort of finding the products used for the viewer.

According to Adele Cooper, the UK and Ireland country manager for Pinterest “Millions of people come to Pinterest everyday to discover ideas relevant to their interests and 67 per cent say videos on Pinterest inspire them to take action.” Promoted video ads fit naturally into the dynamics of the platform and with successful results already shown, it will be interesting to see what other companies get involved and how it progresses on Pinterest.